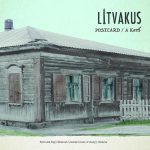 When I’m on the road, I love to send postcards to my family and friends. Traveling in time and space, to the pre-war 20th century Belarus and Poland presents an amazing opportunity to send this little card, and to sign it with a song written nowadays in the New World, but in the language that was widely spoken back then, Yiddish. – Zisl Slepovitch.

Get the CD or a download POSTCARD on Bandcamp, iTunes, Amazon MP3, or CDBaby

Raysn : The Music of Jewish Belarus 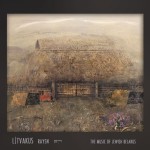 Litvakus called by some critics an “acoustic Gogol Bordello” is a unique klezmer collective, and the first to focus exclusively on the music and culture of Belarus. The Litvakus repertoire is a mix of traditional Belarusian and Litvak (Belarusian Jewish) folk music, as well as contemporary pieces written in the spirit of roots music.

The new (2014) Litvakus album, RAYSN, the Music of Jewish Belarus, explores a previously unknown side of Jewish and klezmer music. The album tells a powerful story about a place where Jews and Litwins (the Belarusians’ pre-colonial ethnonym) coexisted for more than seven centuries, creating the unique Belarusian culture, separately and together. RAYSN (pronounced rye-sin) presents rarely heard music from two endangered cultures, Yiddish/ Litvak and Belarusian/ Litwin.

For a contemporary klezmer record, the sounds of RAYSN may be unexpected. It does take by surprise, but it also overpowers by the warmth of the deeply rooted tradition. Bagpipe-like drones, drones on the fiddle and bass, shtetl disco feel, authentic and vibrant, come to life as this music had existed before being washed away by urbanization, Soviet and Nazi genocide, the decimation of the non-majority culture, emigration, assimilation, and a slew of other atrocities. Seven centuries of existence preserve this music its rightful place in the future, and Litvakus gives it a voice.

The album’s cover art is designed by Ilusha Tsinadze and illustrated with a rustic landscape, a 2006 painting by the acclaimed artist Boris Zaborov, the only living artist whose paintings have been acquired by the Uffizi Gallery in Florence, Italy.

I’m really digging this @litvakus record — though now I (oddly?) want to translate “Shipping up to Boston” into Yiddish.

This album is partially funded by the Council of Jewish Émigré Community Organizations in New York (COJECO). The BluePrint Fellowship Project of COJECO is made possible through a grant by the UJA-Federation of New York and Genesis Philanthropy Group.

A lot of the funds for the album have been raised through the fundraising campaign on Indiegogo. We want to thank those whose generous donations have helped this project come into life:

…and many others who have supported the creation of this album through their generous donations, spreading the word, and all those little things without which this album would have less chances to become a reality. 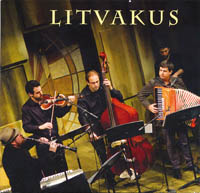